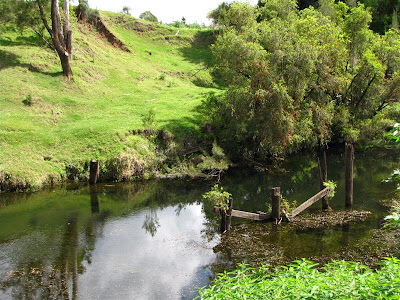 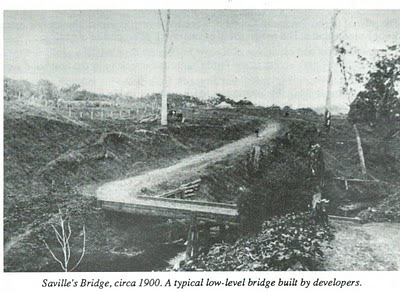 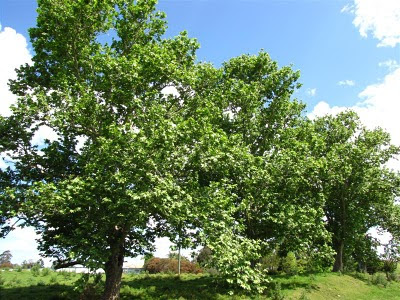 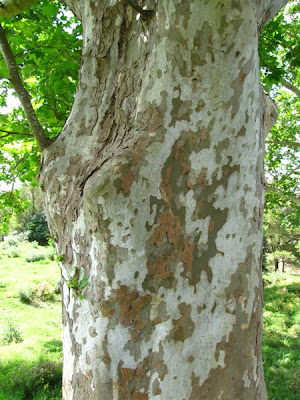 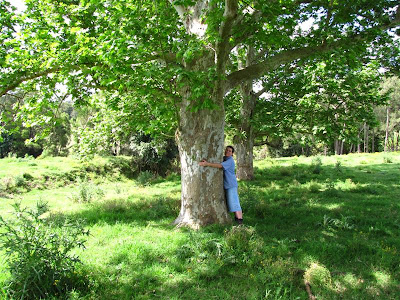 Growing Dwarf Coffee Trees is very easy throughout Australia. I have used some Bonsai Bags so you can move them around wherever you like to get shade or out of the wind.
You can actually just pick the red beans off and then suck out the juices while chewing on the seed and then spit out the pulp. It is mildly sweet surprisingly. As the coffee bean legend goes the goat farmer apparently found he could stay awake by doing this.
I have never seen it done but for all you Coffee shop owners out there who have an outside place for your customers or even inside area with a bit off sun. Why don't you add a few coffee plants?
Their flowers are a great strong sweet smell even at 4 meters away. Their beans are strikingly red and I think would be a great talking point. Their leaves unlike my one below which has been a bit neglected are a large deep green.
Coffee Beans Ready to Pick 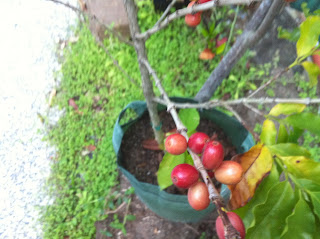 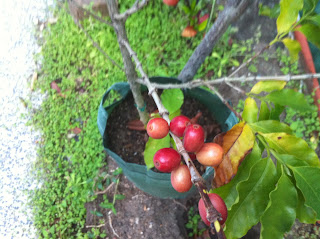 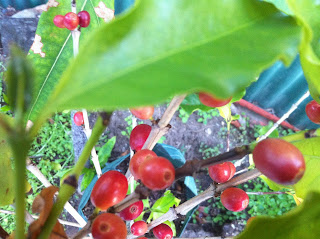 The Coffee Tree in a Bonsai Bag 35L 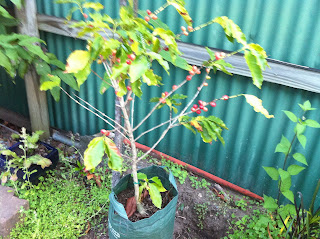 And in unrelated ( non coffee ) news here is some flowers from the Dwarf Tropical Anna Apple Tree. 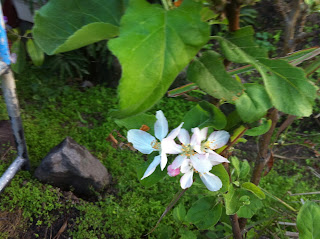 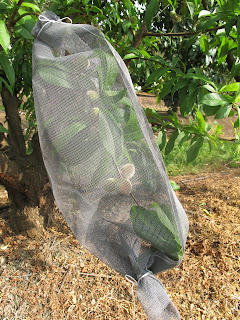 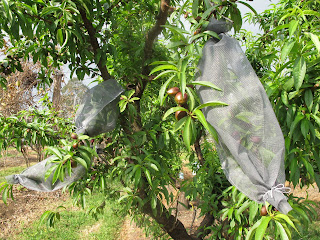 The start of Spring means that the temperature is starting to warm up, the days are getting longer and the fruit fly are gathering their troops.

So the start of Spring is a great time to develop a fruit fly control strategy. There is a whole range of organic methods through the Wild May Fruit Fly Control Systems but you need to get onto it early and stop them breeding up. The other method is exclusion netting where you place a special fruit fly net over your fruit before they get stung by fruit fly that have bread up and become rampant.

We have got a great 2 minute video for you which discusses this in more depth. So if you want to get juicy nectarines and peaches this season without nasty surprises we hope you enjoy this video.