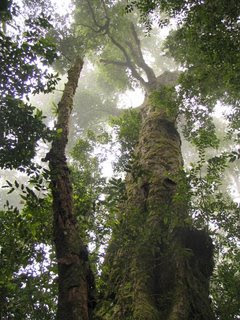 The Beauty, Majesty, and Timelessness of the Earths Rainforests are indescribable. It is impossible to capture on film, to describe in words, or to explain to those who have never had the awe-inspiring experience of standing in the heart of a Primary Rainforest.

More then 3000 fruits are found in the Rainforest; of these only 200 are now in use in the Western World. The Indigenous peoples of the Rainforest use over 2,000 for food, clothing, shelter, medicine and tools.

Atleast half of the world's estimated 30 million species of plants, animals and insects live in the Rainforest, yet these ancient eco-systems that once covered 14% of the earth's land surface; now make up less then 5%. 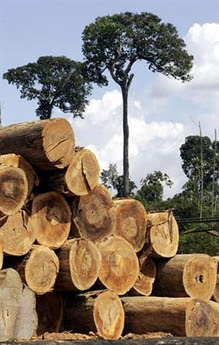 300 football fields of Rainforest are lost each and every second on planet Earth, due to Logging, and clearing for palm oil and soy plantations, in order to feed an unsustainable level of human consumption.

Thanks to Conservationists and Activists, large areas of Sub-Tropical Rainforest around the Kyogle Bio-region have been declared ’s, and there is a groundswell of Landholders and Landcarers actively engaged in ecological restoration, with the intention to create habitat corridors between increasingly fragmented landscapes.

We all have the power to create positive change in this world. If you have land and would like to create a haven for wildlife and increase bio-diversity in your backyard, check out our 6 part feature on how to create a Rainforest. Less than 10 years on and this reforestation project over in 'The Big Scrub' now has a full canopy and is absorbing tonnes of greenhouse gases, as well as providing habitat for many rare and endangered animals.

If you live in a suburban landscape, the most environmentally friendly and fruitful plantation project would be to turn your backyard into a productive food garden.

Yet, There are still many ways you can help to preserve our precious Rainforest communities. 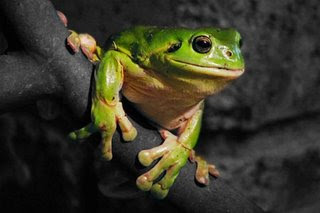 The first step would be to go and experience the feeling, the sounds, the smells and the sights of a Rainforest. Most capital cities in Australia are within an hour or two of a National Park, get out there one weekend and treat yourself to some time in nature.

Australia is amongst the wealthiest nations on the planet, fortunately this gives us the power to contribute a portion of our income to organizations that are involved in environmental conservation.

Rainforest Rescue is one such organization that is active in the conservation of Tropical Rainforest eco-systems.

Although surrounded by the Wet Tropics World Heritage Area, parts of the Coastal Lowland Tropical Rainforest from the Daintree River to Cape Tribulation still remain unprotected and endangered.

These Rainforests are of international conservation importance as one of the most significant regional ecosystems in the world.

Rainforest Rescue's 'Daintree Buy Back and Protect Forever Project' has contributed to the purchase and protection of nine properties so far. The properties are being managed for their conservation values, which will be protected forever.

As a child we visited the Wet-tropics Rainforest and my only two memories are of pristine crystal clear water (at crystal cascades waterfalls) and of a massive strangler fig. 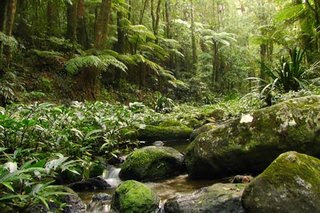 In April I will be leaving Daleys, in Kyogle (hopefully to return in Spring) and I'll be cycling 4,500km up north into the Daintree to raise collective awareness of Rainforest's and Sustainable Communities.

Please, stay in touch and share the journey through my Blog 'Caldera Creations'.

In times of climate change, world famine, peak-oil and ecological degradation, we have so much to learn from the Earth's most biologically diverse eco-system, the Rainforest, which is a dynamic and sustainable community of plants, animals and micro-organisms.